Sing It From The Tree Tops: Fair Use! 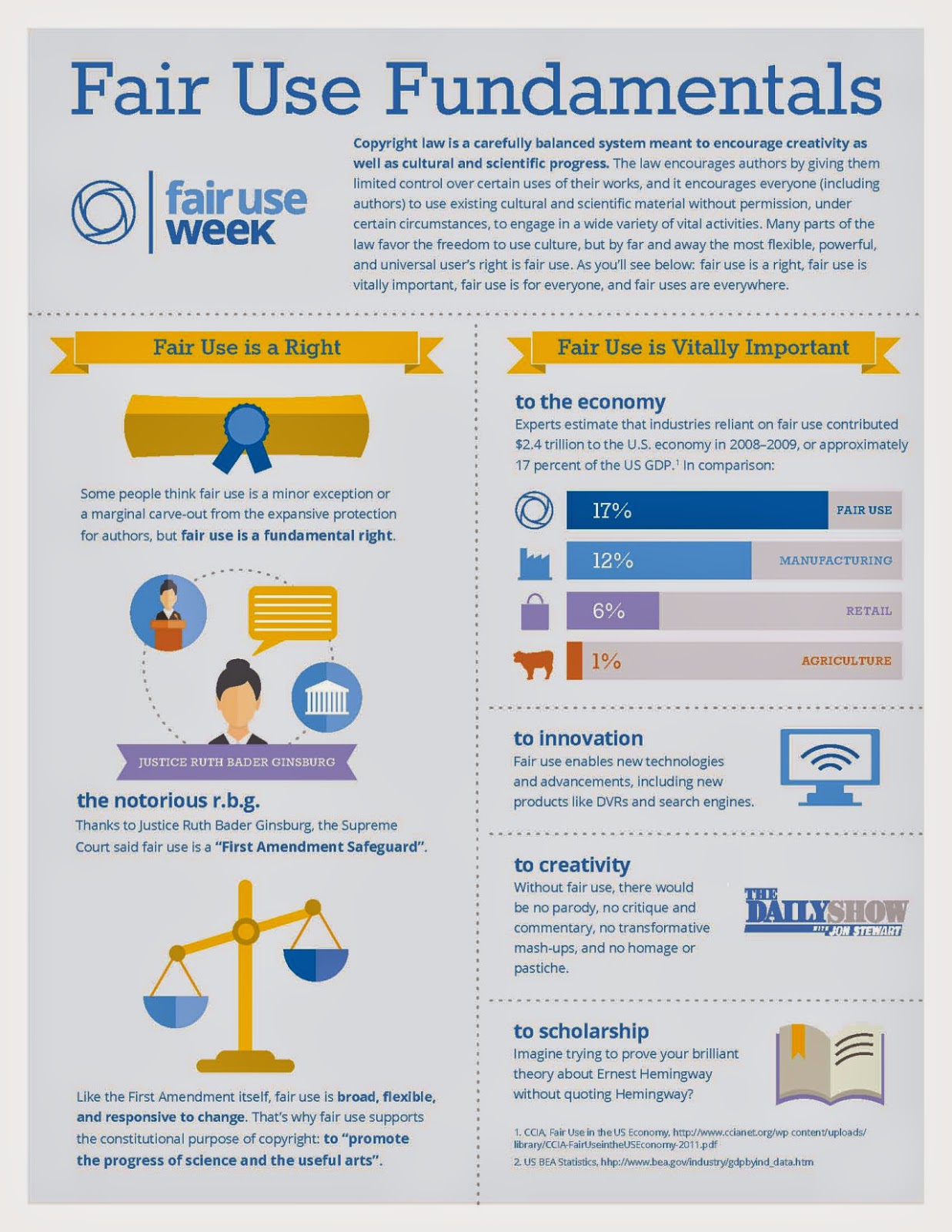 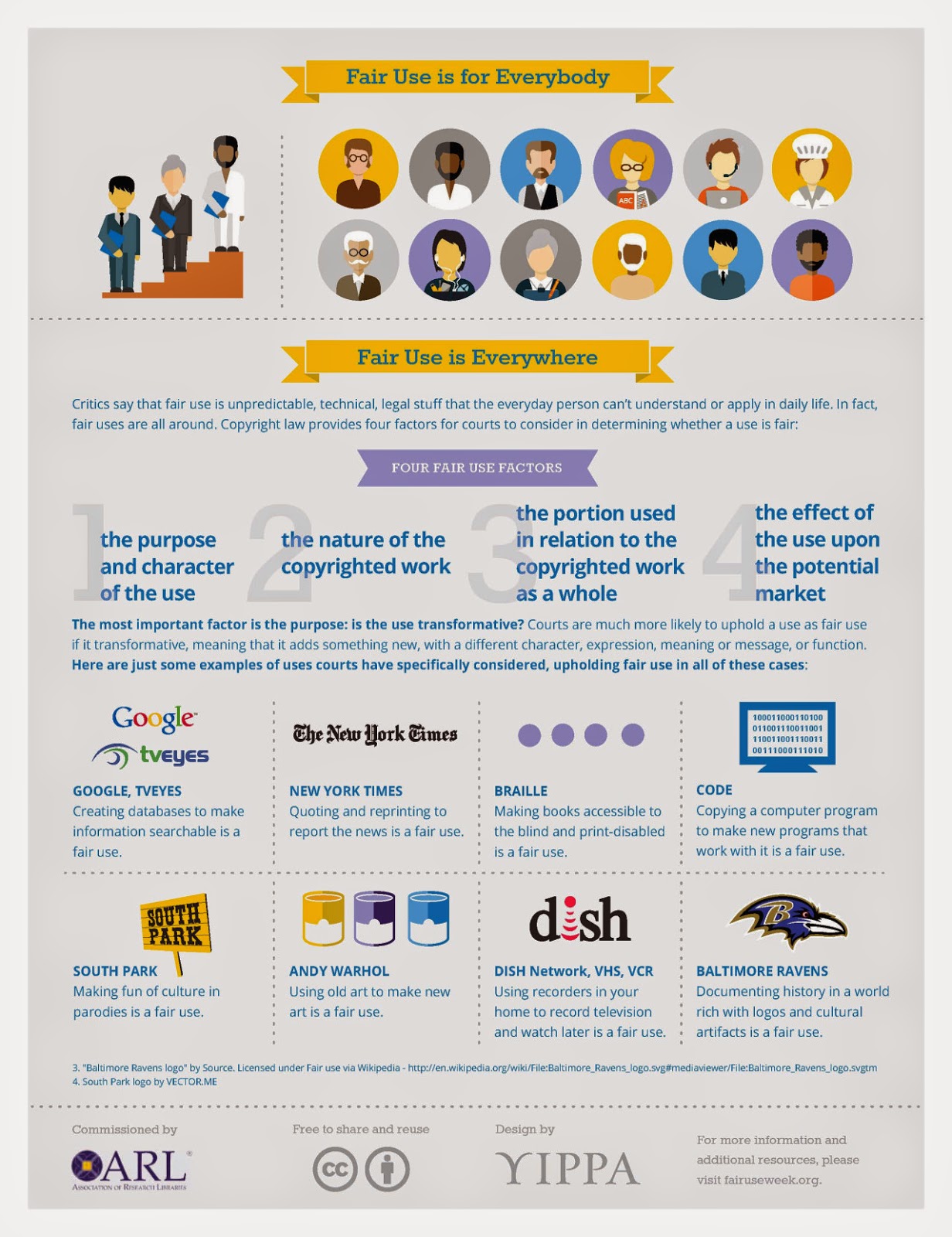 http://awesomearchives.tumblr.com/post/112087378429/smithsonianlibraries-ever-ask-yourself-can-i-use
Posted by Elizabeth at 6:18 PM No comments:

Email ThisBlogThis!Share to TwitterShare to FacebookShare to Pinterest
Labels: association of research libraries, fair use 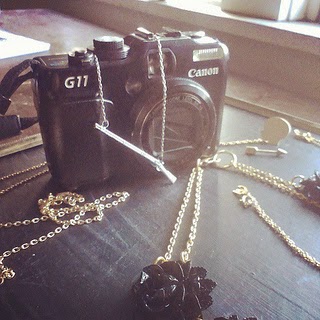 Perhaps I'm biased, but I really, really enjoy some of the topics that come up on the Shopify.com blog. When I started selling items that I made online, becoming a product photographer was not really a thing on my mind. I just took a picture (click) and put it online (double click).

I reached the limits of tiny Fuji J series pretty quickly. What I was capturing and what I WANTED to capture were becoming highly divergent. So, I decided that, like any good problem, all I had to do was throw some money at it. I did some research and somewhat hastily bought the new Canon G11 that you see above.

But, psych! A fancy camera does very little to help out a dull photographer. Turns out that I had spend some time actually learning about how to use my camera to take a photo. And it has been quite the process.

Last month, I came across this fabulous tutorial courtesy of Shopify and, wonder of wonder, now I know what my histogram is for!!! If you are at the beginning of your product photo journey, or have been too scared to even approach the idea of taking your own photos (or if you are flopping around somewhere in the middle knowledge like I am) you must, must, must check out this tutorial!! It is the best, most clear, most plain spoken instruction I have seen on how to improve your photos without having to invest much money. Save your sanity! Start here.
Posted by Elizabeth at 9:07 PM No comments: 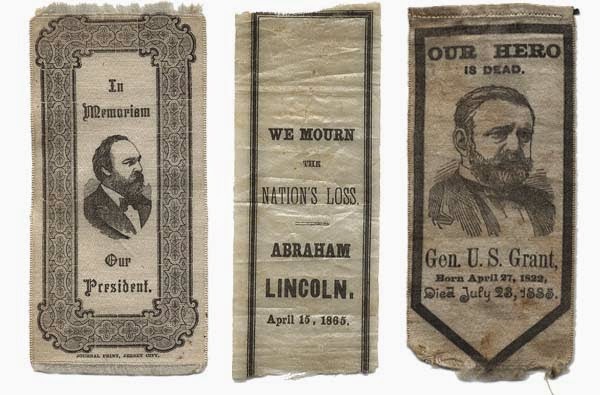 Happy Presidents' Day, my fellow Americans.
Today we come together to celebrate all the brave presidents who died for our sins.

Actually, I'm pretty sure that isn't what Presidents' Day is really about.

But, since you have the day off, you might as well spend part of it paging through Cornell University Library's AWESOME Flickr account. It features textiles, metalwork, ephemera, artifacts, and all sorts of delicious historical "others" that relate to election PR. See buttons! Bandanas! Ribbons! Gold cording out the hoo-ha! This is a must-look for all of youse who are into indulging in a little Neo-Americana with your americano. These designs are more flawless than a perfectly wrapped Mast Brother's Chocolate Bar... which is already pretty flawless because of its contents.

And don't fret. There is plenty of Teddy Roosevelt. 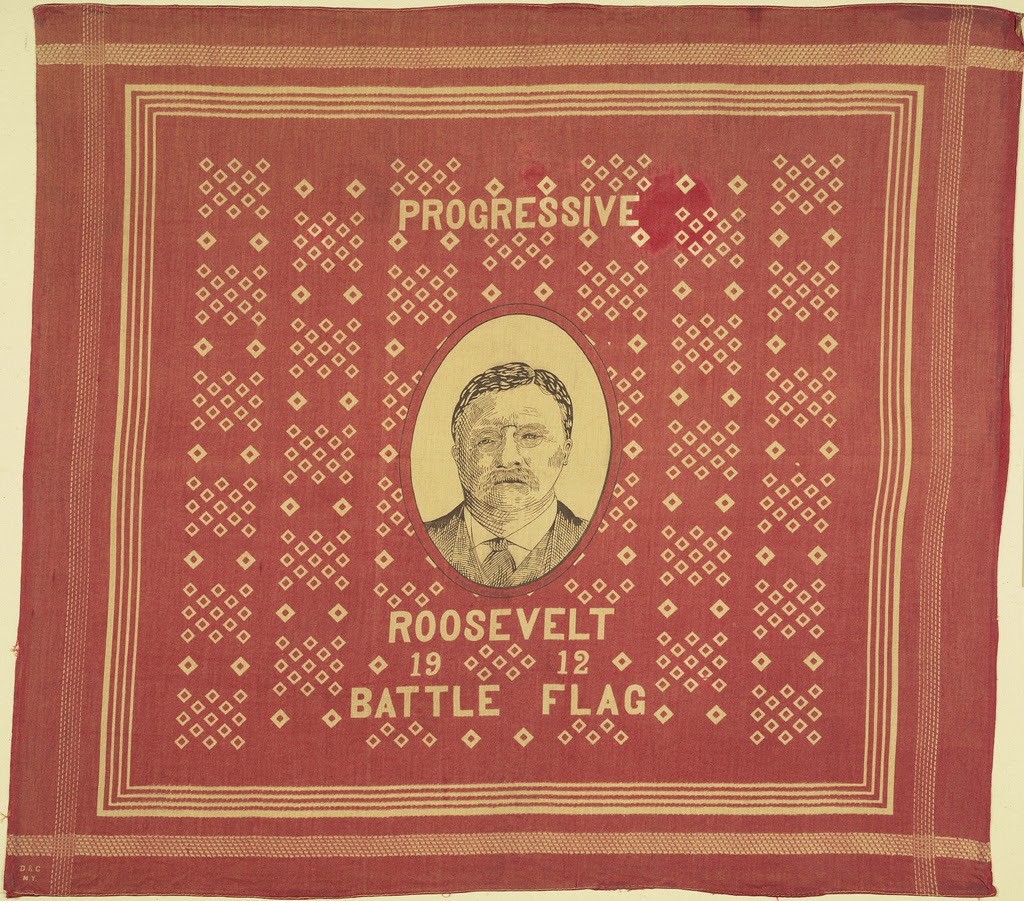 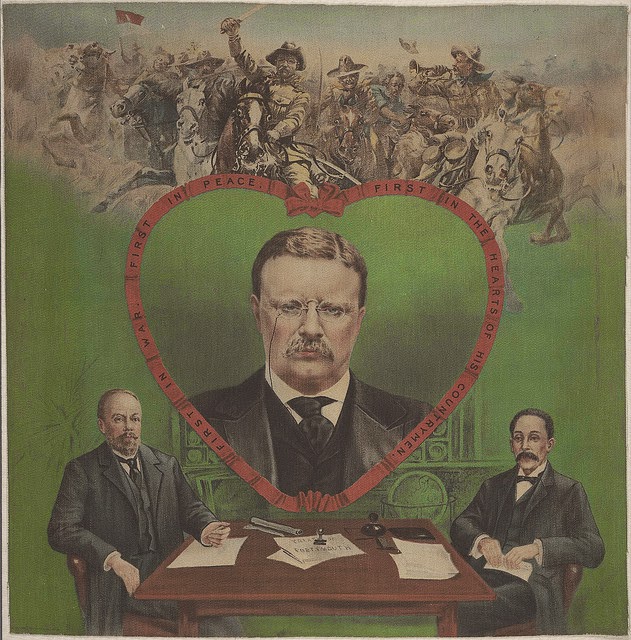 But, while we are at it, let's not forget my favorite presidential handout of the past few years: 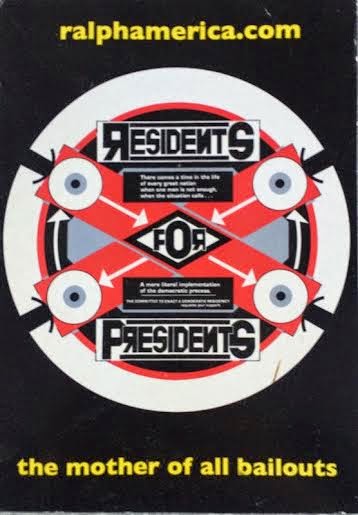 Posted by Elizabeth at 2:15 PM No comments:

Go Ahead. Make My Day.

I originally wanted to write this on Facebook as a response to a series of tweets posted by the unsinkable Jen Dziura of Get Bullish (PS- JD, be my Valentine.) However, as I thought about why the words "crafter" and "maker" cause me to bristle like an uncomfortable, manic porcupine, I realized, "Gee. I might need more room than a comment box." Better drag the old blogging platform out. Apologies. I am shooting from the hip.
As I said, I bristle, BRISTLE, at the gender-dripping term of "crafter". Yes. It is a term that has become harshly associated with the female-gender. However, even though I understand that the implicit negative connotations are pretty sharply related to "the womens < the mens",  it's moreso the lack of specificity that needles me. Listen. Picture a woman making a quilt, and you are picturing a "quilter". Who knits some socks? She's lady and a "knitter"! Who's buying all of those Simplicity prom dress patterns? A "seamstress". The object produced doesn't have to be useful to earn a title. Even someone who makes fancy doilies is a "tatter"! So, based on those very quick examples, I have a difficult time believing that it is the gendering of the word that makes if offensive. Instead being so uninvested in your actions, process, or outcome that you can't even earn a title. You're merely a tourist. And anyone can be a tourist.
(Hey. Not hating. I've been in many a Treasure Island and Rag Shop in my day! I'll be damned if I didn't love every potpourri'd moment.)
So then, what is a "crafter"? Is it more than hot glue and pipe cleaners and lavish paper decorations for a one year-old's birthday party? I assume that "crafter" is  a shortening of "craftsperson". I'm talking guilds and journeymen and dedicating years of life into creating, ahem, crafting, the perfect rug or dovetail joint or faceted stone or whatever it is that gets you daps in your corner of existing. In this sense, we have to respect not the breadth but the depth of knowledge as well as the time and dedication necessary to developing those skills. To me, the difference between "crafter" and "craftsperson" is that idea of investment and permanence. To be a craftsperson is to have your own tools, language, and culture. It is to be specific.
A craftsperson is not swinging through Etsy just to come up on some quick side cash. Let me show you my cards, okay? I've long been employed as a professional "maker": a seamstress since college and, more recently, a jewelry designer/metalsmith. I didn't spend 10 years honing my sewing skills because it was funsies.  Craftsmanship is my food and my clothes and my house and my taxes and my ability to see my parents at Christmas. It is where I live. I am not stopping by.
Then what is the deal with "maker"? I dig that it is a great way to generalize a group of folks who are all involved in creating, definitely in the fields where you work start-to-finish. Truly, it is less gagful than the sticky-from-use term "artisan" and less elitist than simply saying "artist". I also dig that the original article that Jen was commenting on (seriously, JD, be my valentine!) has much more to do with the tech sector* than with the "Makers gonna make" sector (gag gag gag). So why the hell do I not want to be a "maker"... besides that I am a complete contrarian that hates buzzwords? Because it is just that. It's a reboot of "crafter": non-specific, uninvested. But it is also a reduction of "artisan" and "craftsman". It surrounds all and reveals nothing. It's the whole 3rd paragraph recajiggered for the small-batch authenticity renaissance. It is a reductive fucking black hole caused by marketing meeting a very simplified nostalgia. We'll lump the jewelers in with the weavers in with the carpenters, roll it around and, blammo!, a new demographic. Swing by West Elm and get that maker style for your brand, new loft!
By the way, you know a loft is really just an apartment, right?

*Also, I'm willing to accept that the current use of "maker" is derived from MAKE Magazine, which is like Popular Mechanics for our future generation except it's about how normal folks can harness technology in a kinda hobbyist way to make all sorts of cool things. I have a copy on my desk where the instructions on how to make a biome are deeply dog-earred. No hate to MAKE.

Posted by Elizabeth at 8:39 PM No comments: 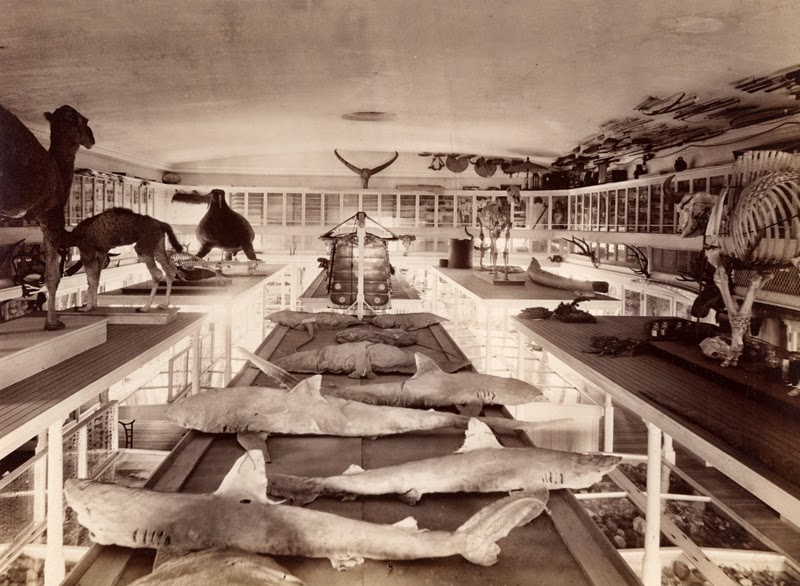 Like many, I've been really feeling the natural history vibes as of late. Part of that must come from residing in Providence, Rhode Island, a place where I can visit 2 Victorian-style natural history collections with just a few phone calls or I could hook up with The Jenks Society and view their Lost Museum installation in Brown University. Add to this a couple of trips across the country this year, my liking of plants, and my desire to pick up and bring home anything on the ground that looks interesting and the result is quite a burgeoning collection of shells, moss, feathers, rocks, and the odd California succulent.
To lighten the load, I've begun divvying up little bits these delights and packaging them as a wearable wunderkammer! Each piece will be different so keep your eyes peeled for pressed lichens in lockets great and small as well as some wonderfully (somberly?) Catholic-looking ossuaries filled with varmint bones.

The holiday work is already in full swing here at WCHQ. Expect more flora and fauna at our holiday sales this year and enjoy the coming "natural selections".
Posted by Elizabeth at 8:49 PM No comments: 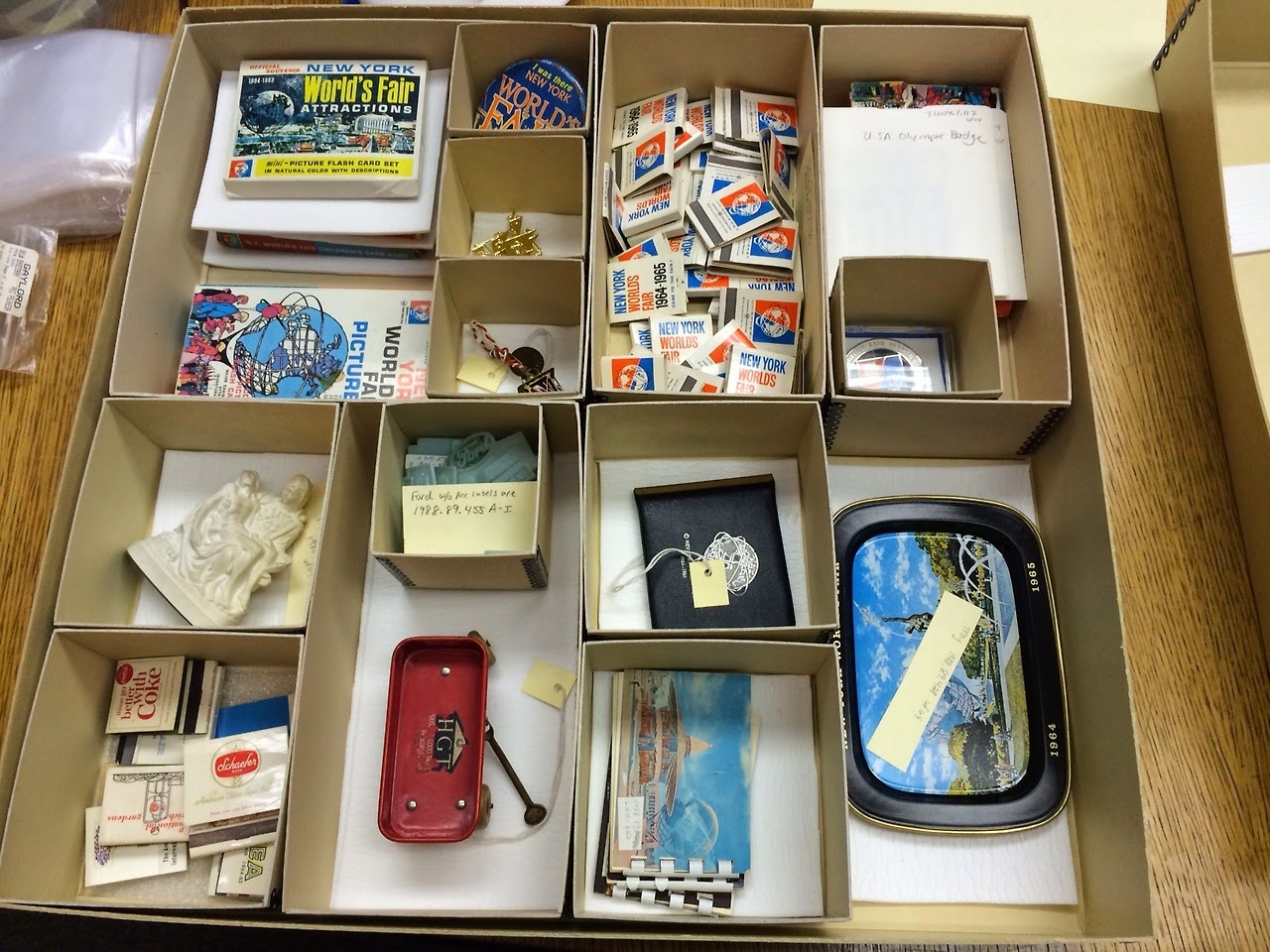 Rehousing the NY World's Fair Collection via nyworldfaircollections.tumblr
Posted by Elizabeth at 10:30 PM No comments:

Midnight Lock-In at the Radio Museum 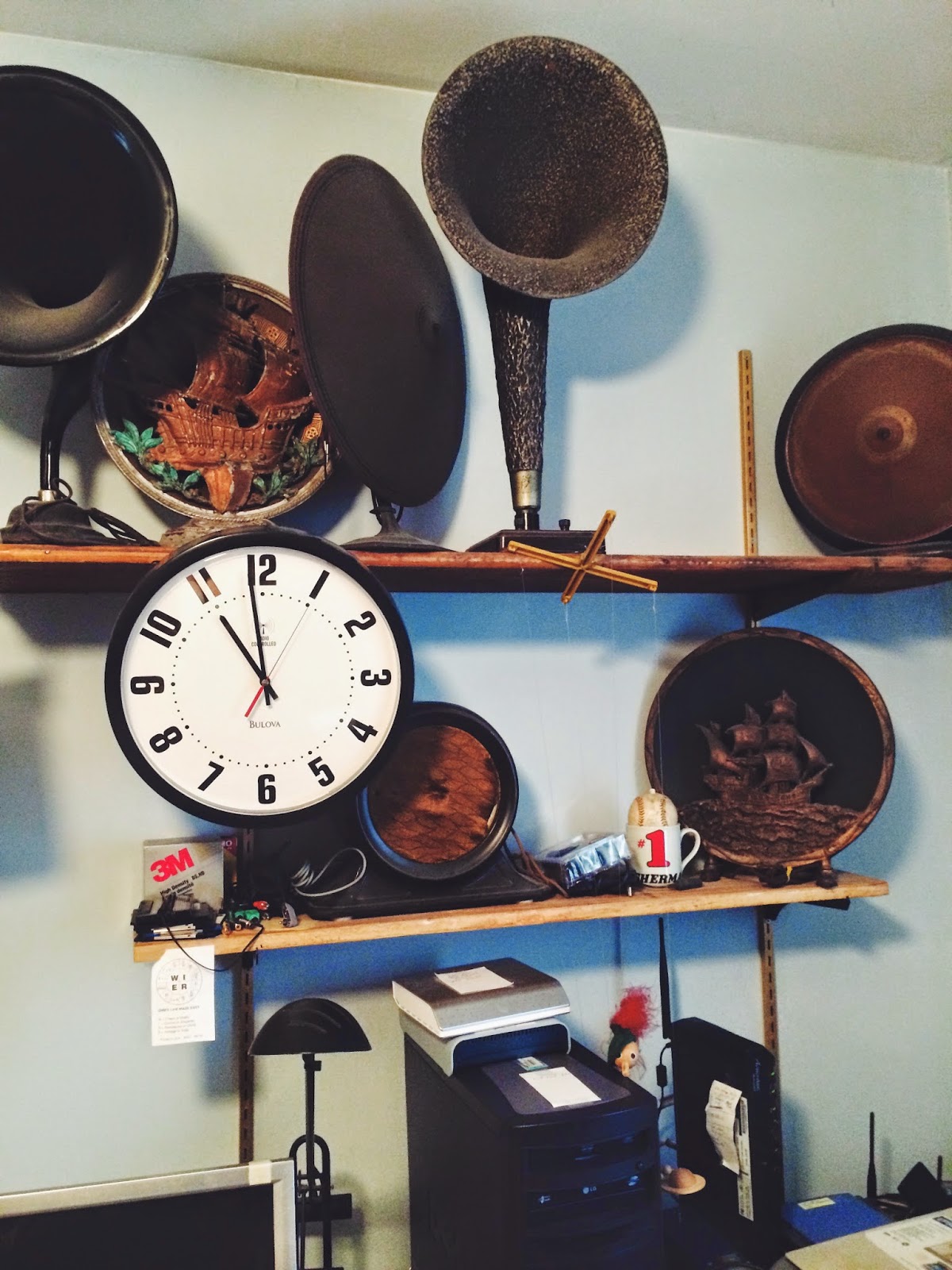 A few weeks back (er, actually, last month. yeesh.), my friend and I ran down to our homeland of New Jersey to complete/attempt to complete an errand. We spent the night at her parents' house, among her step-dad's incredible collection of antique radios and radio-related paraphernalia. 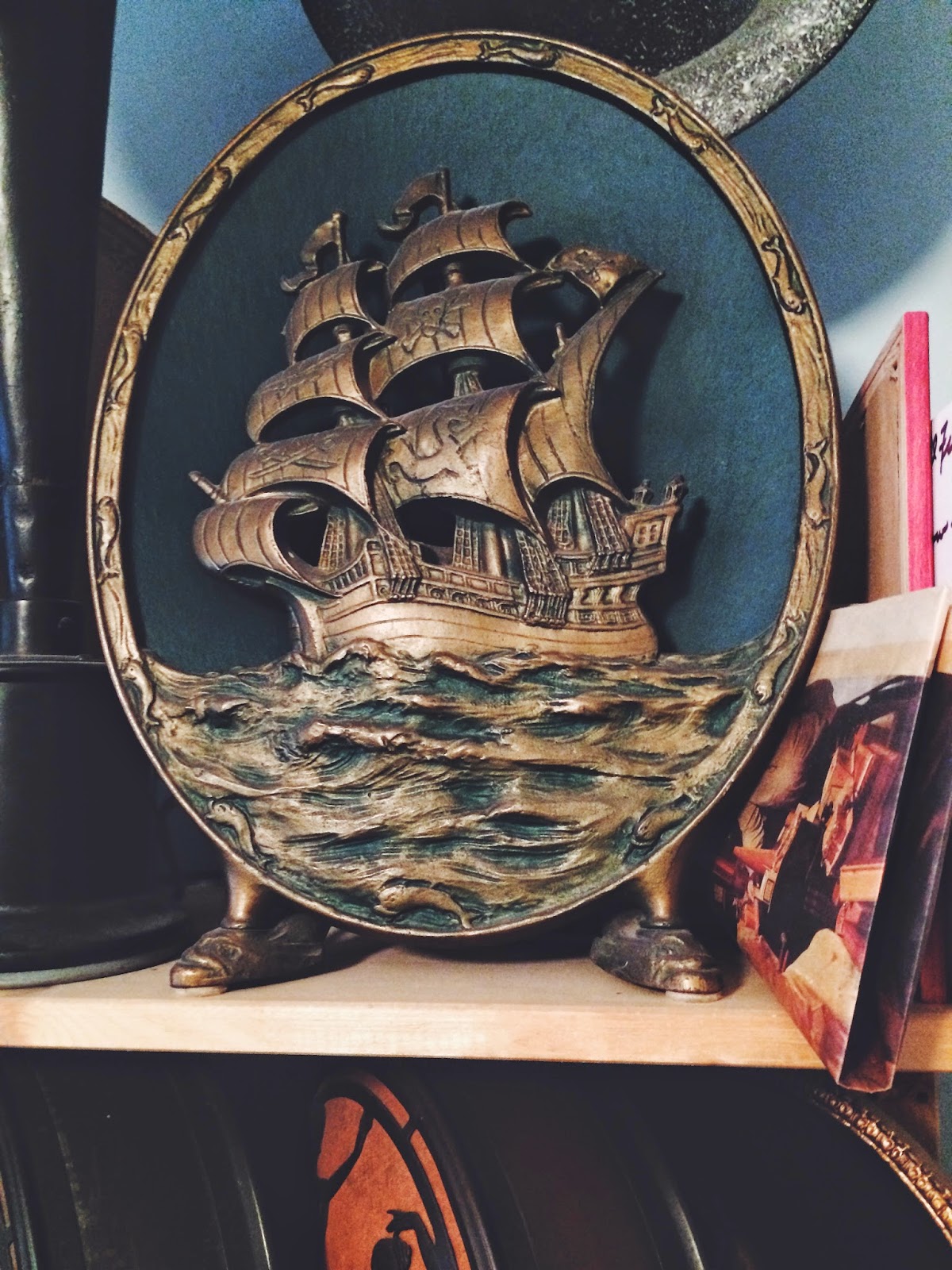 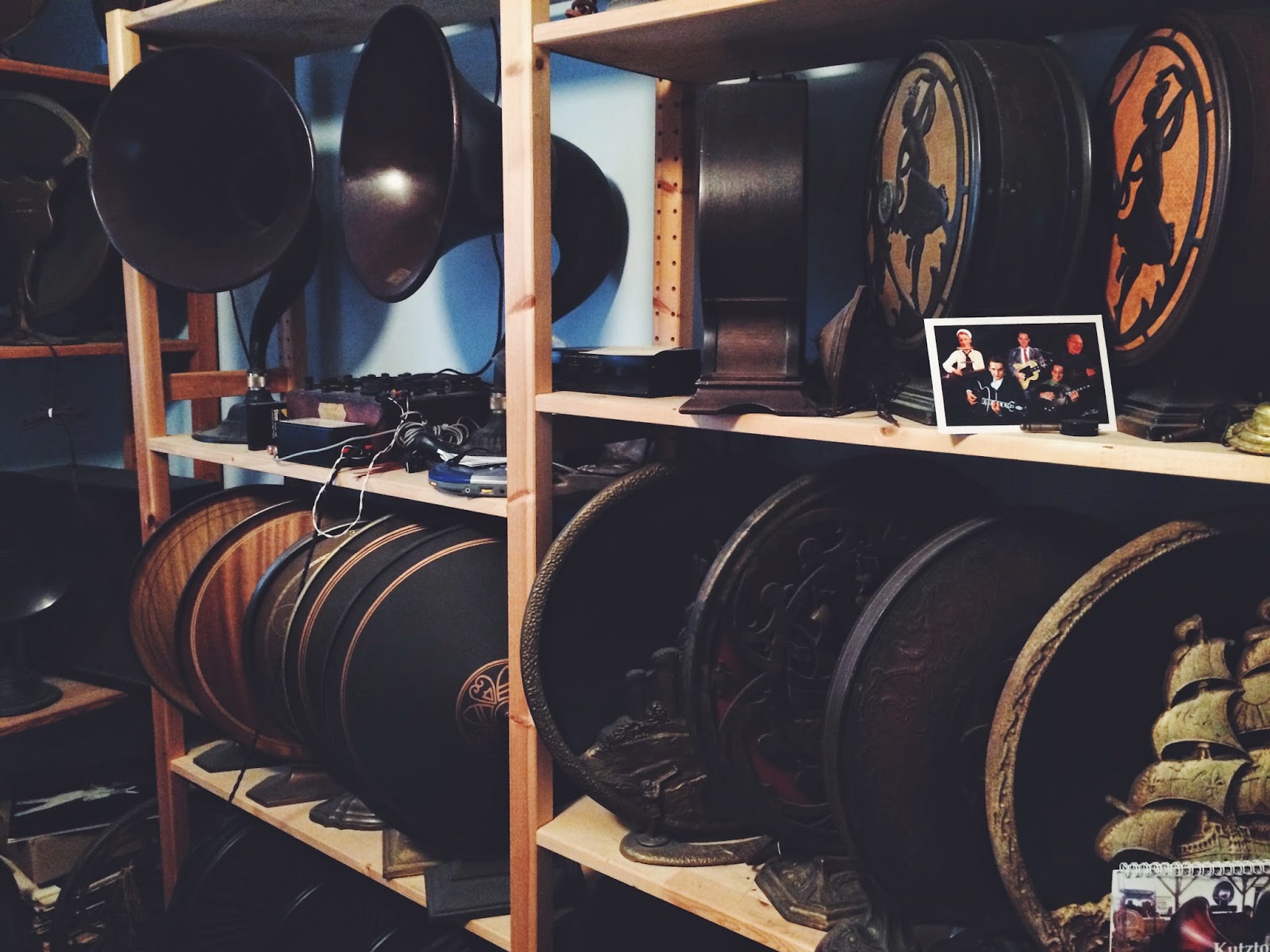 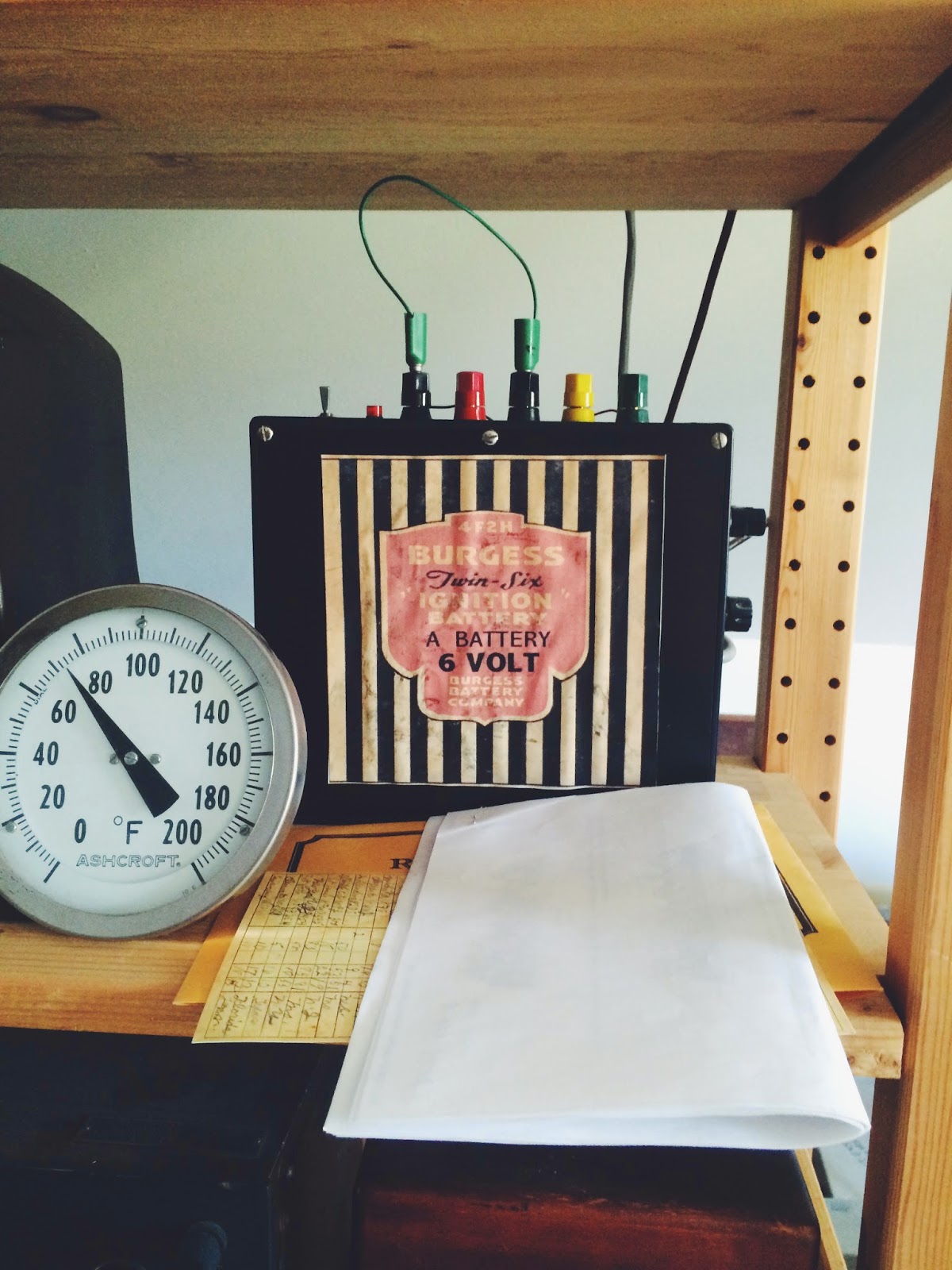 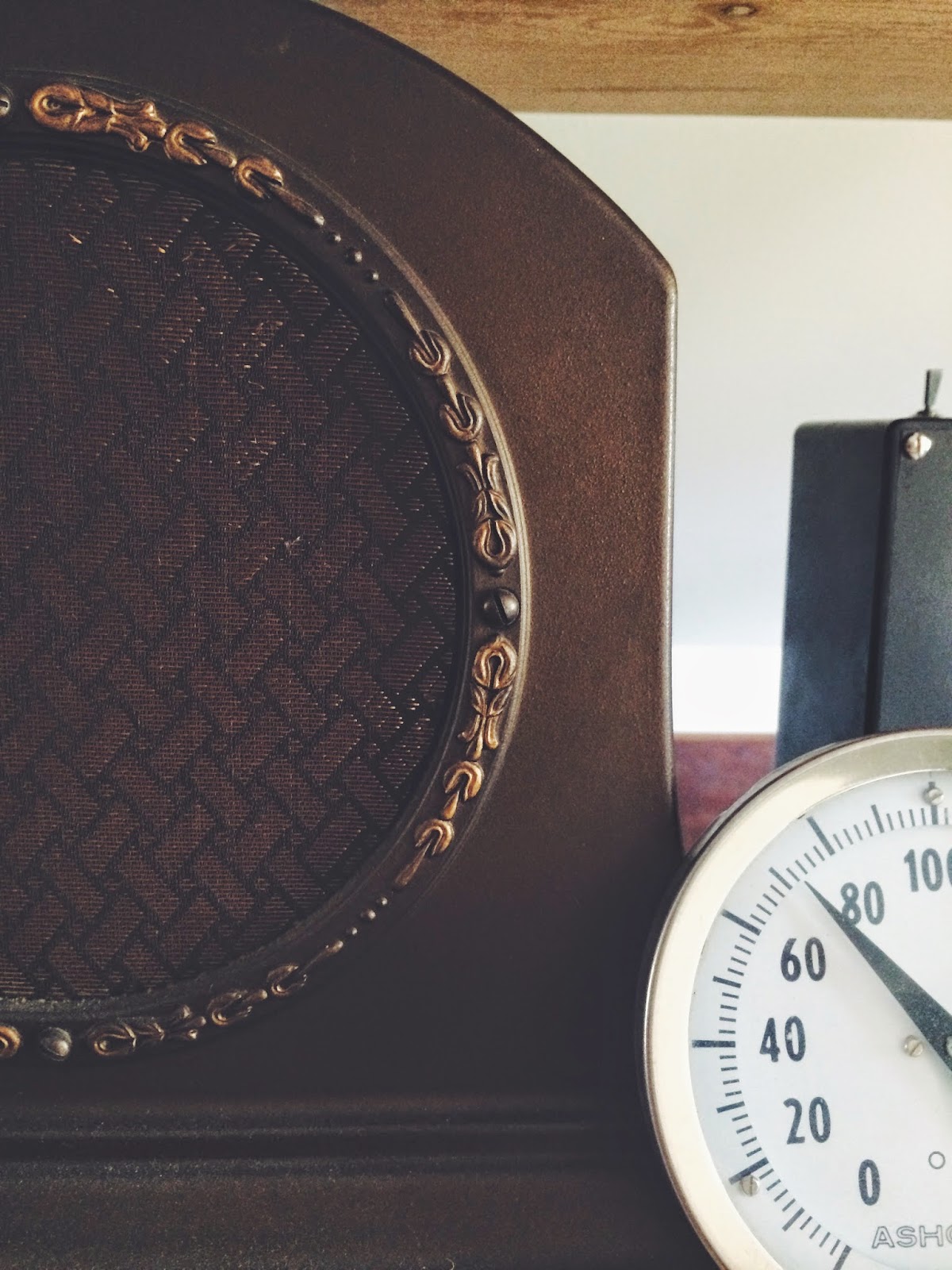 So many classic details! I went into full-frontal-creep-mode and snapped many, many reference shots of the details, colors and surface designs. ABC: Always Be Creepin'. 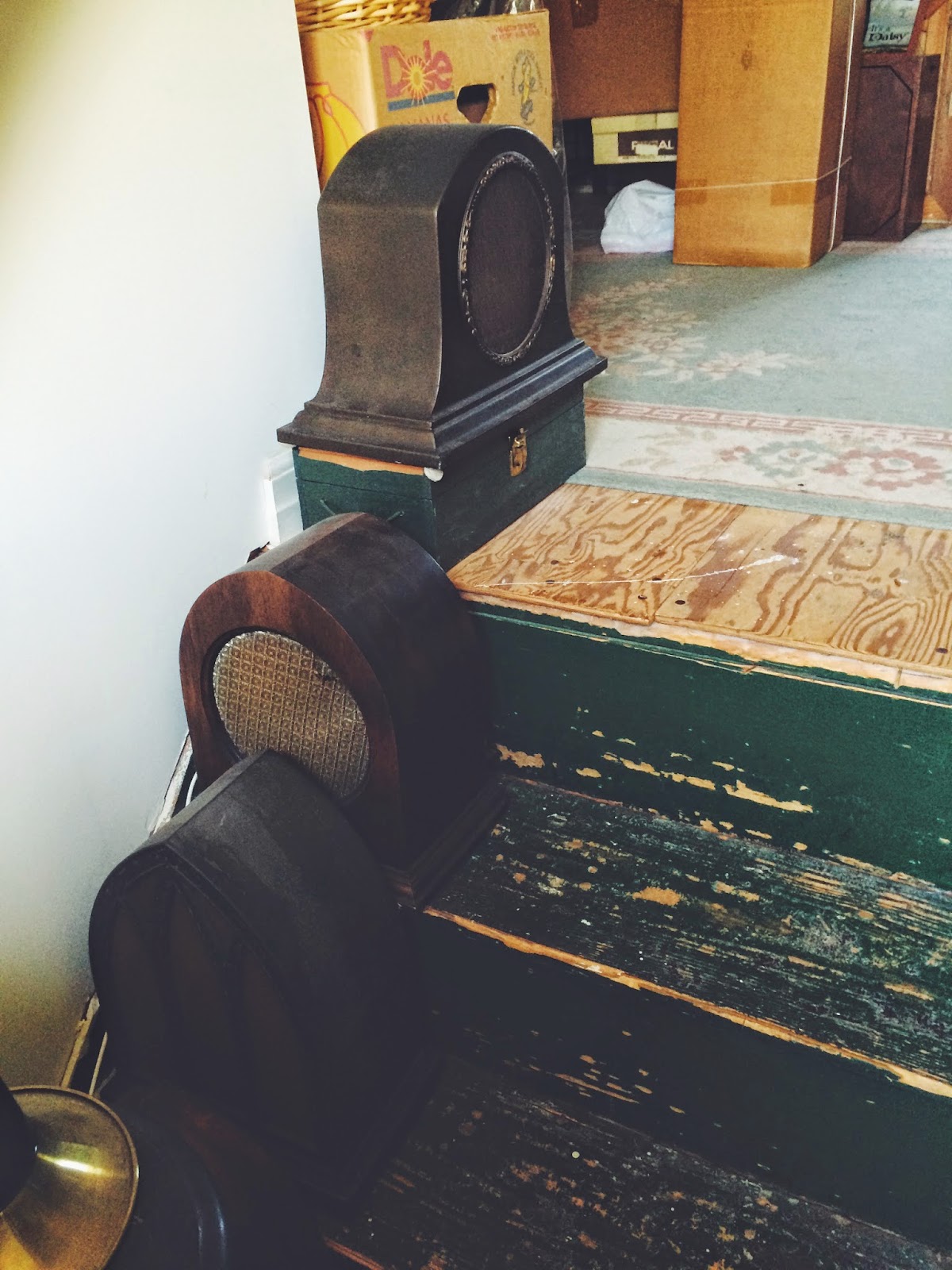 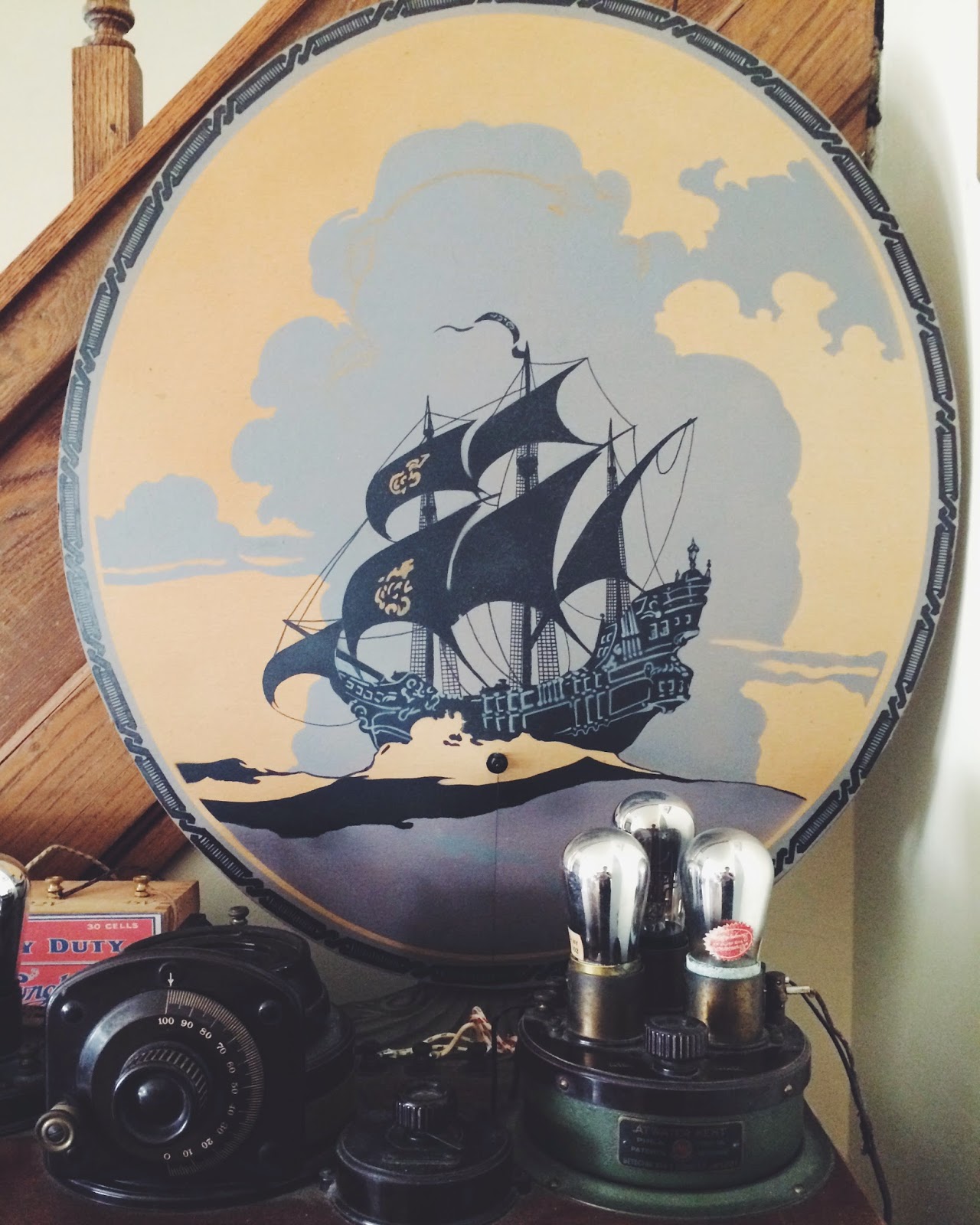 This large and amazing oval speaker was the clear winner of "Wind Beneath My Wings." Block printed? Screen printed? I don't know. But the colors, the subject, the form, the incredible thinness of the veneer, the lightness of the whole piece... just wow. 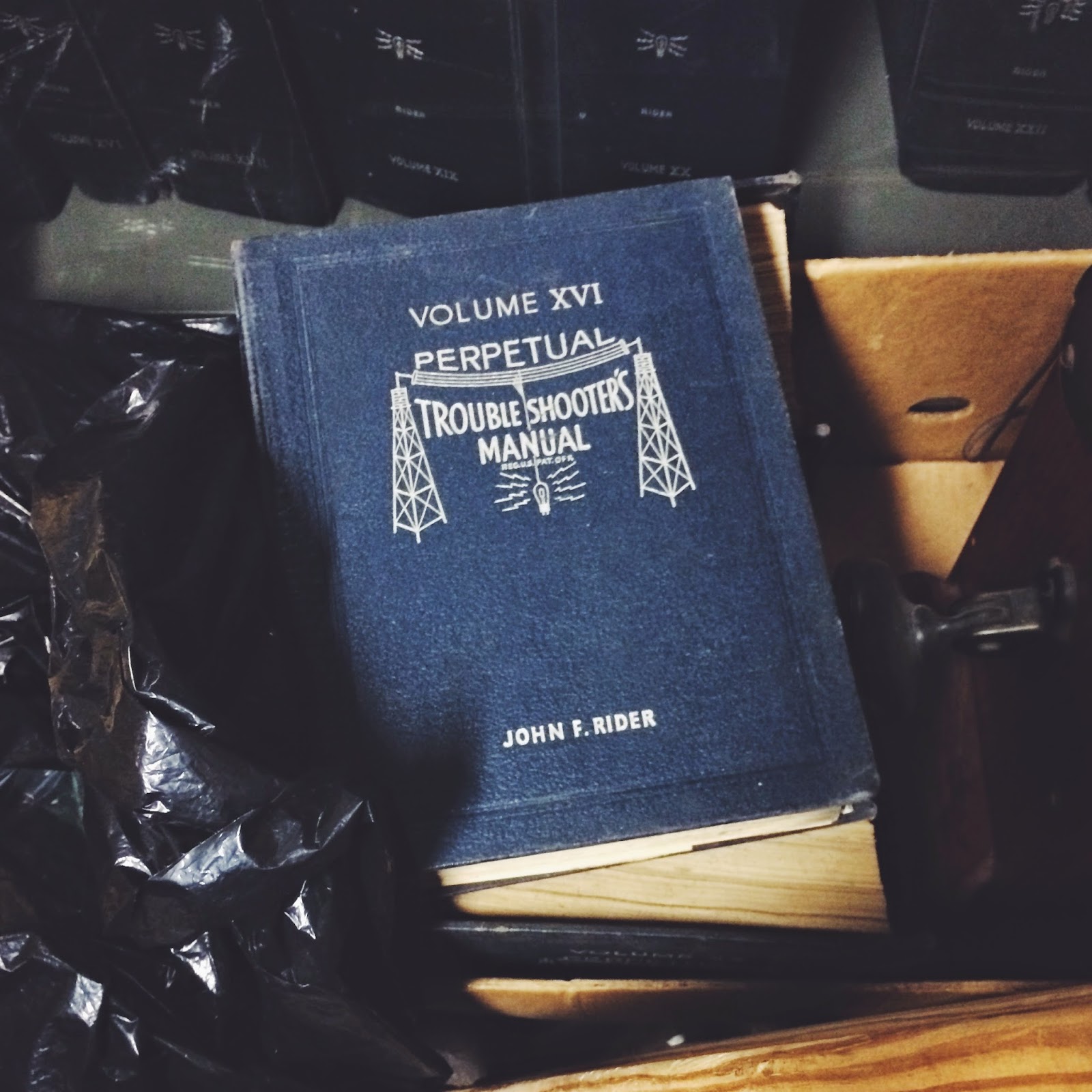 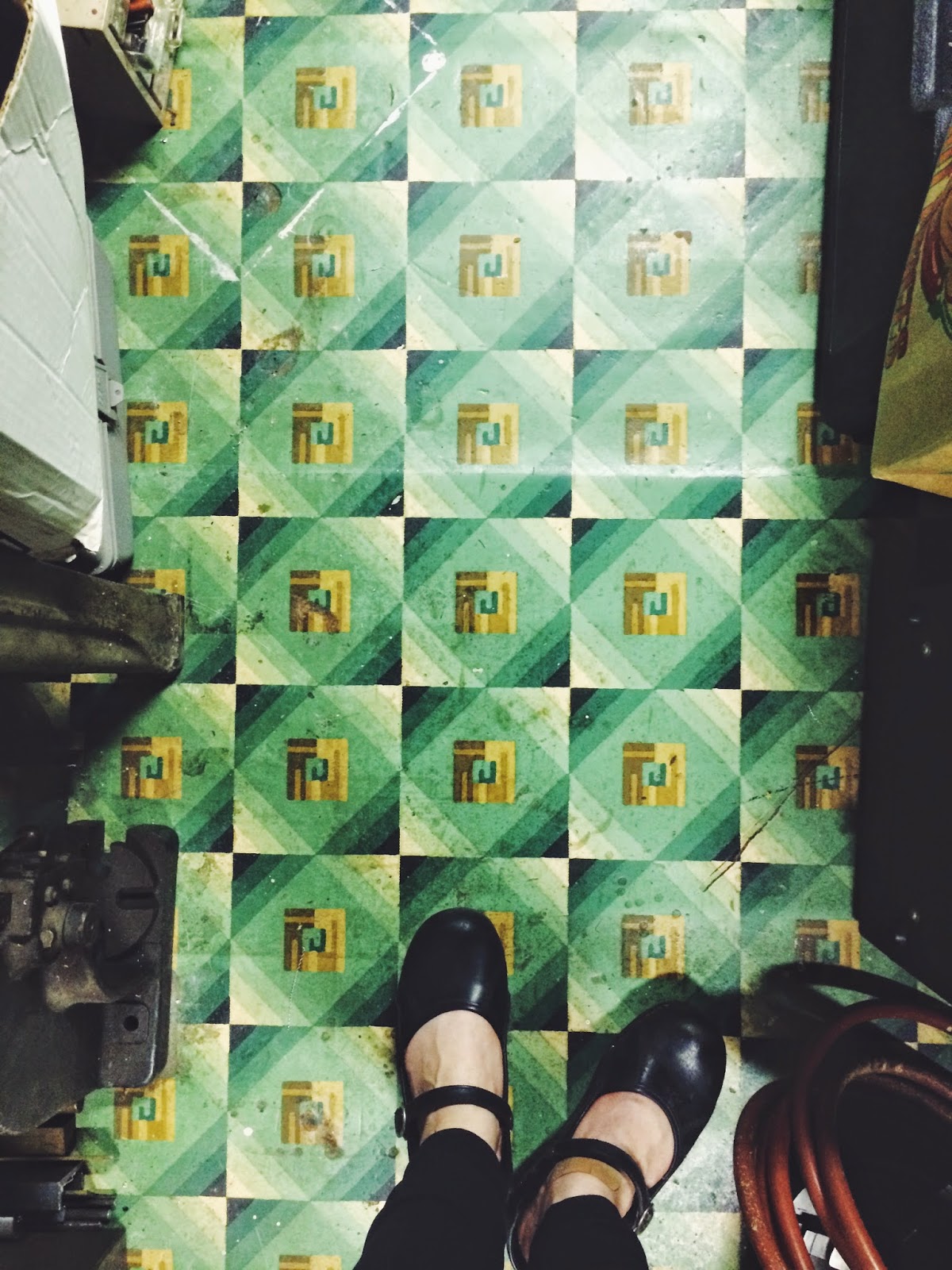 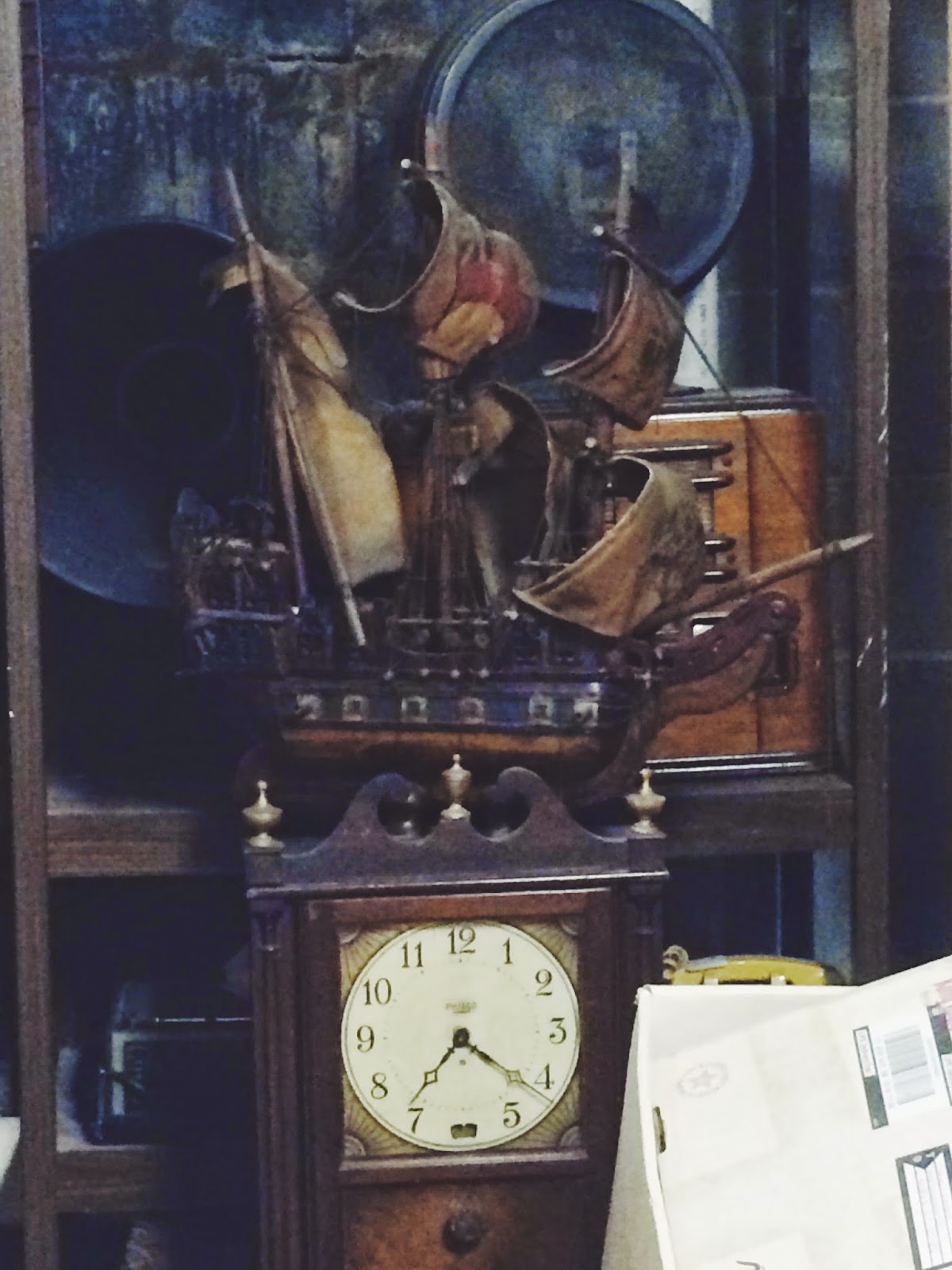 Okay, okay. This one is a clock. But diversification in important so I added it in. Again, ships. 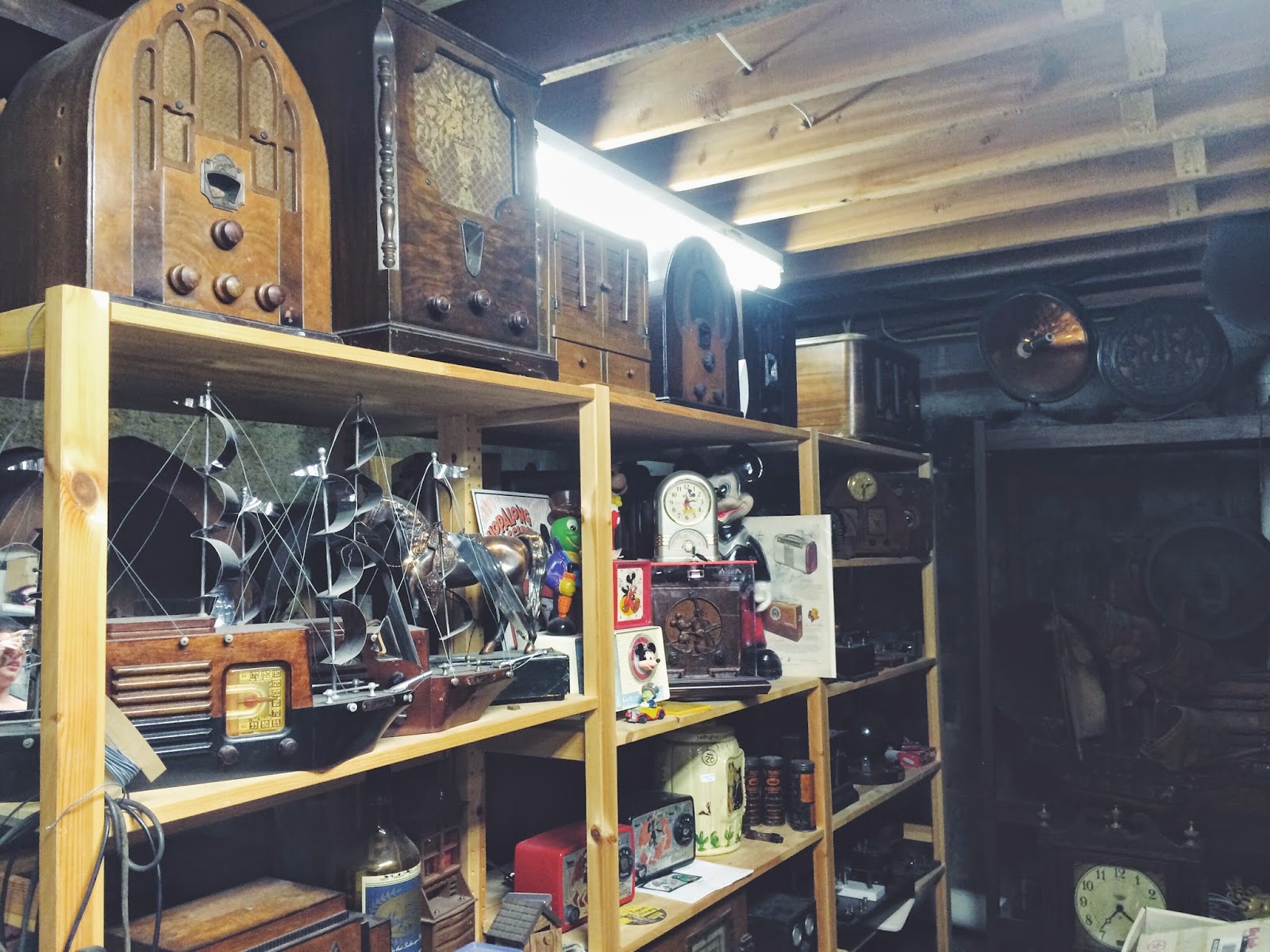 In the end, we didn't get to complete our errand of moving an antique armoire from my cousin's house to mine but I did get to drive very slowly past an ex-boyfriend's house at 2 a.m. and whisper in his (probably still, according to census information obtained online (!!!ABC!!!)) bedroom window "I Hate You".
So, yes, for that, radios and lunch at White Manna Hamburgers: pretty worthwhile trip. Help Me Find Something